So, phase one (shock/denial) appears to be over.

Over 20 million people are out of work, roughly a 20% unemployment rate. 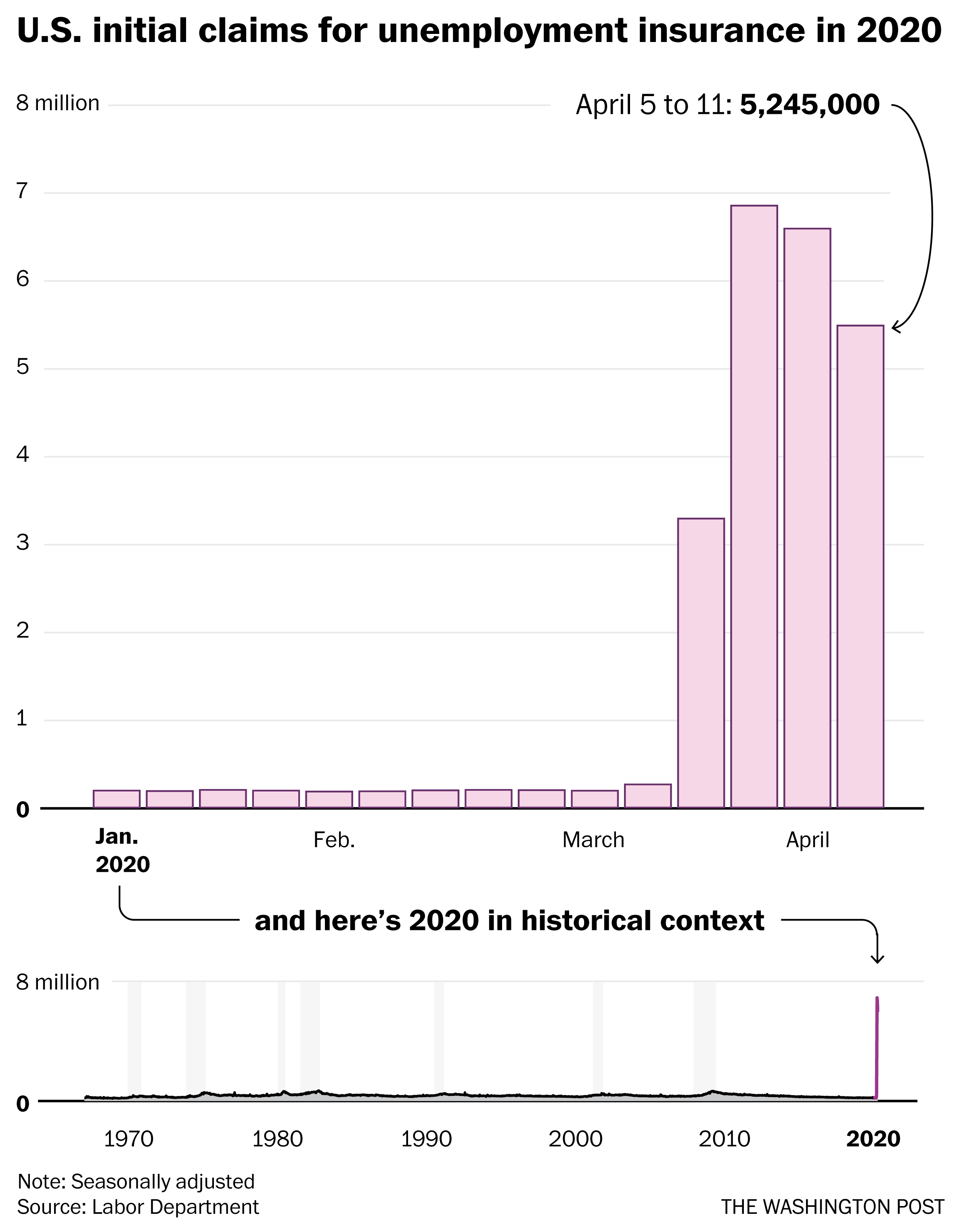 There are almost 700k total cases, and 32k deaths. This is just from people we know had the disease. 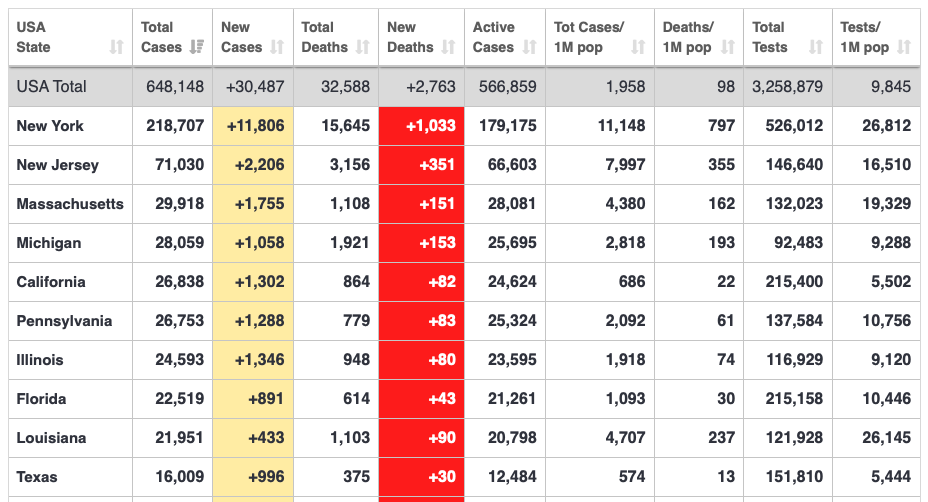 Whatever “rainy day funds” most people had are exhausting. Quickly.

It seems clear, this is going to be somewhere between the “Great Recession” and the “Great Depression.” And honestly: There’s no end in sight.

Schools are officially “distance learning” through the end of the school year.

Some observations so far:

On 9/11, we came together. The country wasn’t (yet) so split. We hadn’t had 20 years of unending overseas warfare, and while pundits made 3-hours-a-day of hay out Bill Clinton’s sex life and George W. Bush’s buffoonery, there was common ground. Many had lost significantly in their newfangled “401-Kay” plans in the dot-com bubble bursting. We were under attack, and “The Terrorists” didn’t care if you were a Rebpulican or Democrat.

Blogging existed. MySpace existed. But “Social Media” as the always-on phenomenon we know today did not exist.

So we went from a fairly centrist nation with braying extremist minorities to a polarized conglomerate of nations (Coasts -v- Flyover Country coallition) in 20 years. The “Cracks” were there.

Like a battering ram at the gates, CoVid continues to pound at the cracks. The white-collar class (me included) can continue “working from home,” earning our pre-pandemic paychecks while “essential workers” paid a pittance deliver our necessities (medicine, utilities, food). So far “society” remains intact because supply chains of food, power, and streaming video entertainment keep those on the “Great Lockdown” anesthetized.

But, March became April. April is going to turn into May. When does it end? When can we get back to work? Leading to observation 2

People are simply tired of being on house arrest.

We’ve moved past the novelty of “We’re all in this together alone,” sloganeering down to the reality. We’re all dependent upon the government, and the government has become the executive branch with dictatorial powers.

Of itself, that’s not a bad thing. During a crisis, strong unified leadership saves lives, with examples dating back to Roman times. But the thing is “dictatorship” and the imperium that comes with it must be limited term. The “crisis” can’t continue indefinitely or you get North Korea. Or “V for Vendetta.”

There’s considerable angst about how open-ended this thing is. There’s no vaccine right now, and best-case estimates are next year.

So, some people have started rebelling, mildly. There have been protests in Kentucky, Ohio, Michigan. Some are shouting-down those with objections, aligning with the governors, reinforcing the slogans.

These protests are incompatible with the distancing guidelines….but they’re a Constitutional right. which leads me to…

3: This virus has hacked America

Americans have the right to free speech, free assembly, free religion. The virus guidelines require we abrogate those rights to keep people safe. People can’t congregate or the R-sub-naught gets greater than 1 and we’re screwed.

All that to say: We’re at a tipping point. The many possible futures yawn before us and each seems plausible: